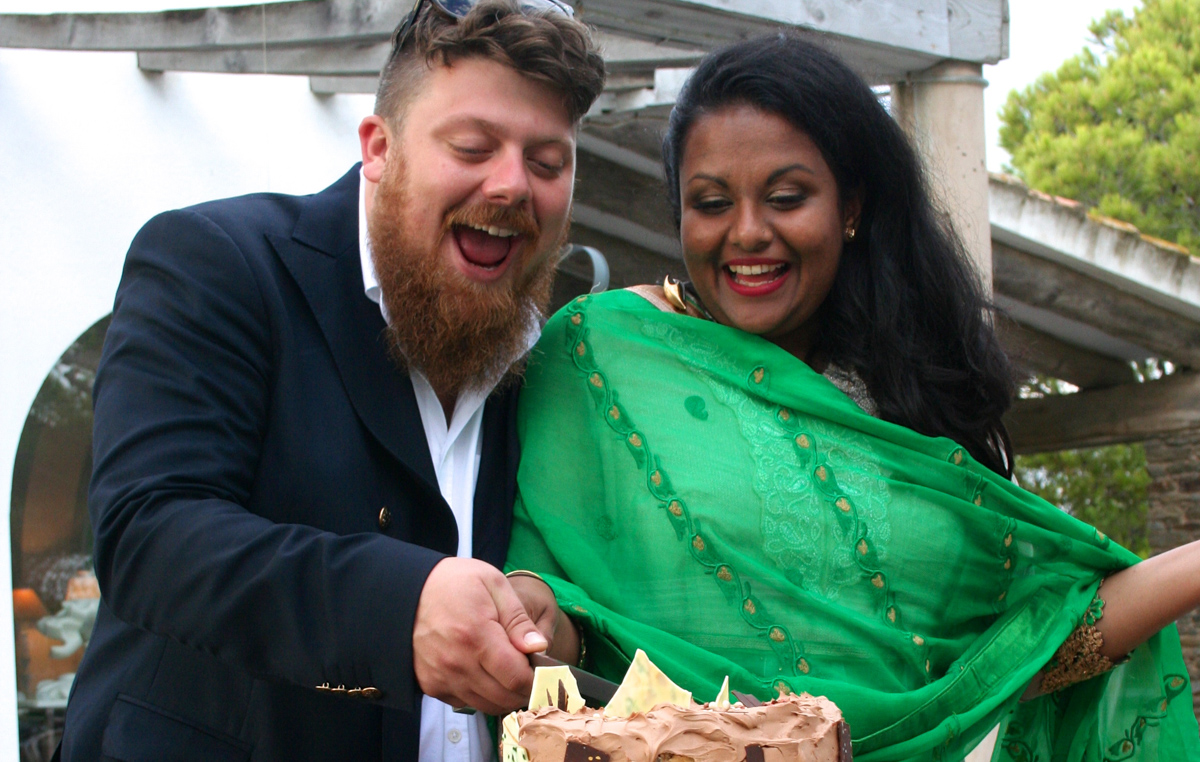 When we met Sandra and Erik for the first time, (after having skyped each other a few times), it was love at first sight.

A very special couple, Sandra from Sweden and Erik from The United States.  At the beginning of his relationship with Sandra, Erik travelled with his cousin along the Catalan coast –  a trip organized before having met Sandra.  Erik arrived in Cadaqués and fell in love with this village and Sandra lived this love from a distance.  When they got engaged, Erik was very sure where he wanted to get married and suggested this to Sandra.  She accepted the place without even having been here because she trusted in him completely.  It was a great decision and neither of them were disappointed.

A very generous couple, easygoing and cheerful.  A wonderful wedding with an occasional shower included.  The Gingoler catering was the perfect choice and now Erik and Sandra have become the greatest of friends with the owners of the catering.

Sandra, who is from India, asked us to make the decorations very colourful.  We used long tables covered in flowers and fruits.  A marvellous splash of colour.  We hope to see them both again very soon.